The student winners of the 2013 Demetriades - Tsafka - Kokkalis Prizes were announced at a special luncheon with the Demetriades - Tsafka – Kokkalis family. Pedro Coelho received the prize in Biotechnology for his work with Frances Arnold on biocatalyst engineering that has a myriad of applications in green chemistry. Michael Olson was the recipient of the prize in Seismo-Engineering, Prediction, and Protection for his work with Mani Chandy on developing the cloud based service that enables the community seismic network to function. James McKone working with Harry Gray received the prize in Environmentally Benign Renewable Energy Sources for his work on developing new catalysts for solar-driven water splitting to produce hydrogen fuel. The winner of the prize in Nanotechnology was Janna Nawroth for her wide range of experiments including the creation of a freely swimming artificial jellyfish. Janna's advisor was John Dabiri. This year there were two winners for the Demetriades-Tsafka-Kokkalis Prizes is in Entrepreneurship. One winner was Aditya Rajagopal for his worked on new pathogen detection approaches that are currently being commercialized. Aditya was advised by Axel Scherer The other winner of the Entrepreneurship prize was Guoan Zheng who has worked with Changhei Yang on a number of entrepreneur efforts including two Caltech startups that are currently commercializing two of his inventions - one is a self-imaging petri-dish platform that can stream microscopy images out of an incubator and the other is a highly novel digital pathology slide scanner. 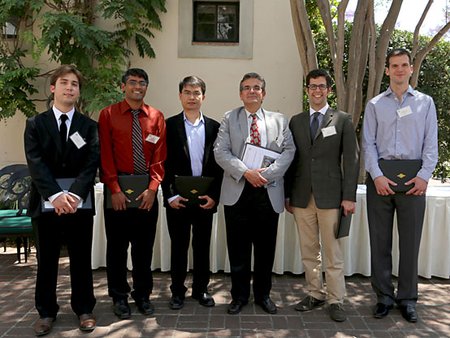 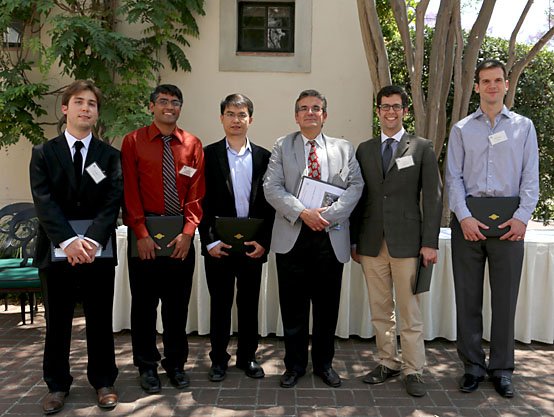