Computing and Mathematical Sciences student Taokun (Xander) Zheng, mentored by Professors Alan Barr and Adam Wierman, is a recipient of the 2015 Henry Ford II Scholar Award. Xander is working on a network project utilizing photographic media. The Henry Ford II Scholar Award is funded under an endowment provided by the Ford Motor Company Fund. The award is made annually to the engineering student with the best academic record at the end of the third year of undergraduate study. 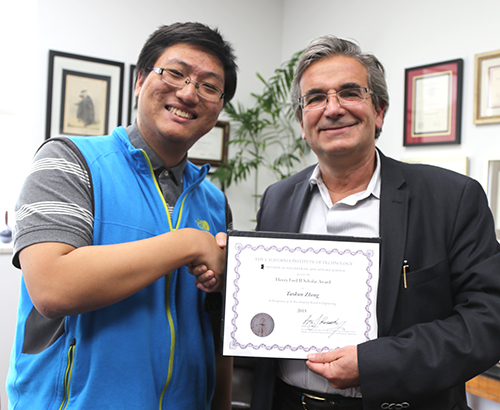