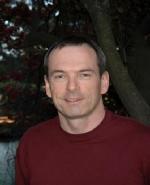 Dr. Michael Hucka, Senior Research Fellow in Control and Dynamical Systems and Co-Director of the Biological Network Modeling Center, and colleagues in 30 laboratories worldwide have released a new set of standards for graphically representing biological information—the biology equivalent of the circuit diagram in electronics. This visual language should make it easier to exchange complex information, so that biological models are depicted more accurately, consistently, and in a more readily understandable way. The new standard, is called the Systems Biology Graphical Notation (SBGN). "As biology focuses more on managing complexity with quantitative and systematic methods, standards such as SBGN play an essential role. SBGN combines an intuitive notation with the rigorous style of engineering and math," says John Doyle, the John G. Braun Professor of Control and Dynamical Systems, Bioengineering, and Electrical Engineering. [Caltech Press Release]