Computing + Mathematical Sciences emerged in late 2009 under the aegis of the Engineering and Applied Science Division Chair Ares Rosakis from three academic options offered in the Division: Applied + Computational Mathematics (ACM) founded in 1967 by Prof. Gerald Whitham, Computer Science (CS) created in 1975 by Profs. Ivan Sutherland and Carver Mead, and Control + Dynamical Systems (CDS) founded in 1993 by Profs. John Doyle, Manfred Morari, Richard Murray and Stephen Wiggins. Years of collaboration between these three options and the increasing importance of cross-discipline expertise naturally led to the idea of merging these entities into a single department, where students can soak up each other's knowledge while refining their research focus.

The department currently counts in its ranks researchers who have been recognized with awards from the Institute of Electrical and Electronics Engineers (IEEE), and the Association for Computing Machinery (ACM), and various international foundations and societies: CMS includes two members of the National Academy of Engineers, three MacArthur fellows, one member of the National Academy of Science, three Sloan Fellows, two American Academy Of Arts And Sciences members, and one Foreign Member of the Royal Society. Our students shine at the international level year after year as well, as regularly demonstrated by our ACM programming team rankings, best paper awards at conferences, and fellowships from companies (Microsoft, NVidia, Google, etc), the National Science Foundation, the Computing Research Association, and the Hertz foundation. Add to the mix that CMS is located on the campus of the California Institute of Technology, home to more than thirty Nobel laureates over the years and consistently ranked among the top universities (recent ranking: #1 amongst world engineering universities and #2 amongst all world universities as published by the Times Higher Education in 2010), and you get a good idea of our work environment and what it has to offer.

Innovation throughout the years

The CMS department has also seen several pioneering efforts. Most notably, CMS researchers have developed the first asynchronous microprocessor, built the Touchstone Delta massively-parallel supercomputer with Intel, have formulated the radiosity equation and introduced hair and texture rendering (both items being now ubiquitous in computer-generated movies), have introduced compressed sensing tools, developed the fastTCP protocol, and introduced DNA origami. Our members have even broken several world records, including in inter-continent network speed (several years in a row) and in 3D mesh compression rates. 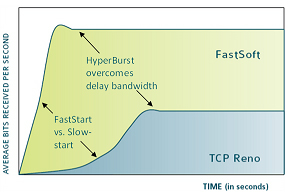 A few recent CMS alumni who went to industry